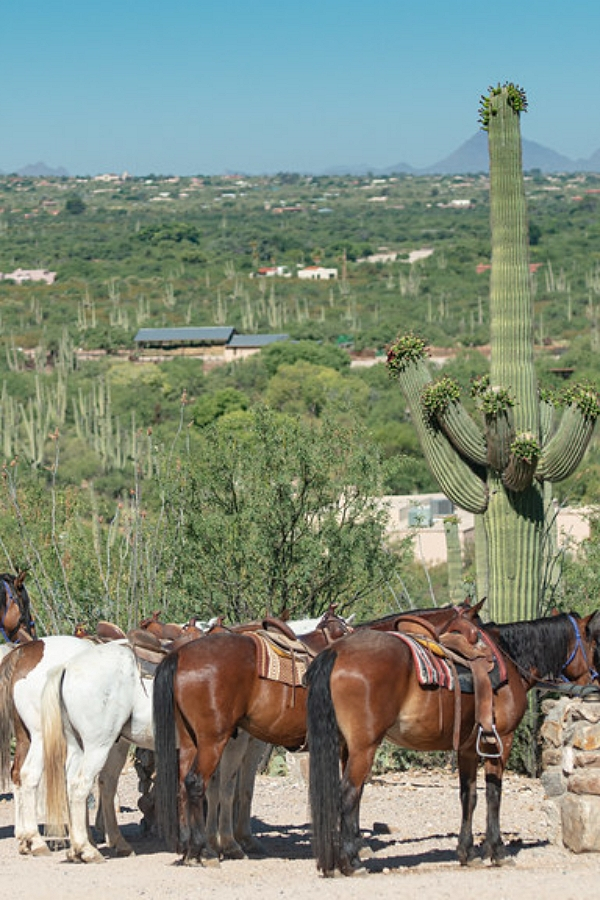 Last week the family came into town and we went on a little vacation to Tucson.  At the Tanque Verde Ranch, the children learned to ride horses, and I went on a “Food and Pharmacy of the Desert” walk.

Our guide, Janys, showed us that brittlebush, (Encella farinosa) now in full yellow bloom, secretes a resin through its stems that the Tohono O’odham people used as an anesthetic, particularly for toothache.

The needle-like thorns of the graythorn (Ziziphus obtusifolia), sometimes called lote bush, the people used in acupuncture. And the ocotillo, (Fouquieria splendens) which is all thorn, it seems, they planted in rows to create a natural barrier to enemies and predators.

We were too early in the season to see the saguaro flower; this occurs in April and May, and the fruits appear in July.

Perhaps the best-known variety of cactus is the nopal plant (Opuntia ficus-indica), commonly known as prickly pear. Its paddle-shaped leaves, nopalitas, are a popular food in this area, and Mexico. The green pads may be sauteed like peppers, with onions, and added to scrambled eggs and other dishes. Reportedly, an aid to lowering blood sugar, the fiber-rich napolitos are also said to have wound-healing properties, help reduce cholesterol, and heal glaucoma. It is one of the prettiest plants in the desert, with yellow, red, and purple flowers (depending on species) blooming in late spring. Besides, its gorgeous red fruit, which ripens in August, is used in jams and juice. In Mexico, a popular smoothie is made from one finely chopped nopalita ( all spines removed!) a cup of orange juice, and chunks of pineapple blended together. A fiber and vitamin-rich drink that also looks pretty!

As readers of both my books, Lipstick on the Strawberry and Joyous Lies, know, I am interested in old foodways, natural remedies, and the amazing powers of plants. I am starting research for a new novel, which will also incorporate these themes. I have characters, places, and a vague idea of the ending of this new book. How everything will fall together is the hard slog of writing. I’m getting on with it!